Ice Cream Parody – The underlying Fallacy in Voice of Customer

This week’s blog is about a well-known story about how customer feedback or complaint (VOC) may seem illogical. I really don’t know how true the story is. I came across this in the book “The truth never stands in the way of a good story”, which pins down urban folktales that are hard to believe yet impossible to dismiss.  The book compiles transmitted stories probably spread by retelling to a “friend-of-a-friend” that have influenced history, beliefs, morals, humor in some way and have become folktales. These tales have been with us so long, that they have become accepted as facts. I have found more than a dozen versions of the story on the internet. In spite of the discrepancies in these stories, let’s stick to the take home message.

“Your most unhappy customers are your greatest source of learning. ~Bill Gates”

A complaint was received by the Pontiac Division of General Motors. The customer described how every night after dinner, the family would decide what kind of ice cream to have for dessert and then he would drive in his new car to the local ice cream parlor to buy the decided flavor. Every time he bought the vanilla flavor and started back home, the car wouldn’t start. If he bought any other flavor; chocolate, strawberry or pistachio, the car started up completely fine. After many such instances, he concluded the car was allergic to Vanilla ice cream. 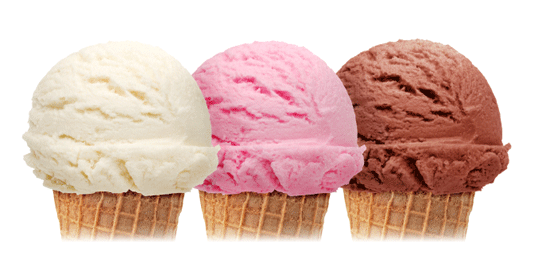 The car company at the first instance neglected the complaint. However, on the second complaint,  the Pontiac President, though skeptical about the letter, sent an engineer to check it out. The engineer, who after receiving this task, muttered to himself about the town being filled with kooky people, was surprised to be greeted by an educated man. They had arranged the meeting just after dinner time; the two hopped into the car and drove to the ice cream store (for Pilot testing). It was vanilla ice cream that night and, sure enough, after they came back to the car, it wouldn’t start.

The Engineer returned for three more nights. Here’s how it went.

Now the engineer, being a logical man, refused to believe that this man’s car was allergic to vanilla ice cream. He continued his visits for as long as it took to solve the problem. He jotted down all sorts of data: time of day, type of gas used, time to drive back and forth, etc.

In a short time, he had a clue: the man took less time to buy vanilla than any other flavor. Why? This was dependent on the layout of the store. Vanilla, being the most popular flavor, the proprietor had set up a separate counter near the door to serve only those customers ordering vanilla.  All the other flavors were served at a larger counter near the back of the store. Also, since the store owner was understaffed, customers wanting flavors other than the vanilla flavor had to wait for longer times. Those buying vanilla were in and out of the parlor in a minute or two.

Eureka – Time was now the problem – not the vanilla ice cream!!!!  Now, the question for the Engineer was why the car wouldn’t start when it took less time.

The engineer quickly came up with the answer: “VAPOR LOCK”. Due to ambient warm temperatures and humidity, a vapor lock formed in the new car’s carburetor when the engine was turned off. Now this vapor lock had plenty of time to dissipate if the man ordered any other flavor than vanilla. But if he ordered vanilla, he was in and out of the parlor so fast that the vapor lock hadn’t had time to clear, and thus the car wouldn’t start. This phenomenon of vapor lock happens under a combination of new car, thin oil, tight engine fits and low torque starters. However, after sufficient use, say, 1000 miles, this problem disappears. Funny, how sometimes, even crazy looking problems turn out to be legitimate.

It is good to put up our thinking hats and ask ourselves a question – However useful it may seem through this story, is it sometimes  impractical to study the fallacy in the Voice of Customer? If so, why?

Parag Mehta
Lean Six Sigma Consultant at Benchmark Six Sigma
Parag is a Lean Six Sigma Consultant and Trainer at Benchmark Sig Sigma. He has a blend of experience in the application of six sigma tools to Manufacturing, Research & development, Quality control and Technical services. He loves to use real life stories for explaining various techniques and concepts in his trainings. He has special interest in Design of Experiments, Problem Solving, Process improvement, Data analysis tools and Capability building. In addition to his expertise on statistical methodology, Parag has done extensive work in the application of the same in Pharmaceutical and Healthcare area.

Benchmark Six Sigma conducts workshops related to problem solving and decision making all across India and partners with a limited number of companies each year on "build your transformation team" projects. Public Workshops calendar can be seen here - https://www.benchmarksixsigma.com/calendar