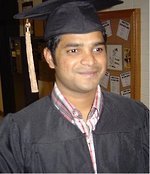 BSS - Tell us briefly about your career Journey so far.

After my B Com, I cleared my MBA in Marketing and SCM from University of Dallas (Texas) at 93.5 percentile.While deciding which line to pursue for my career, I saw the potential of BPO Industry (back then). I wanted my career trajectory to be similar to that of BPOs in India. So I joined Ivy Comp Tech as an entry level associate. After being moved to its quality function within six months, I achieved an efficiency of 130 %. After spending a year in quality, I felt the potential to do much more. Then my manager suggested me a GB from Benchmark Six Sigma. I took my Green Belt training from Mr Vishwadeep Khatri and that changed the whole perspective. After doing a number of yellow belt projects in Ivy, I moved to HSBC as Assistant Manager - Six Sigma. After 9 months and a number of yellow and green belt projects at HSBC, I did my Black Belt training and Joined ITC Hotels as Assistant Manager in Six Sigma operations. I am working with ITC Hotels for over 30 months now.

BSS - Has Six Sigma impacted your career? Have you reaped any benefits from it in your personal life?

(Assertive) YES. Six Sigma changed the whole perspective of my professional life. After my first job, I was everywhere hired for my Quality management skills. I did various and varied projects across various industries and applied Six Sigma methodologies to all of them. I started working at smaller levels initially, my focus was to spread the learning so that I can create 10 more specialists in my team. I have suggested and even pressed many of my colleagues to go for Six Sigma training. In my personal life, I realised that most of us unconsciously use Six Sigma methods. It has application household chores and decisions of keeping things on automatic mode and attending them personally. Some smart balancing has improved my personal life to a large extent. (Chuckles)I can safely say that I am a six Sigma specialist now.

BSS - How precisely do you apply Six Sigma skills in your current job at ITC?

The most beneficial application is the way I look at data. Hotels in general and ITC in particular has a higher tendency to collect data. Six Sigma also helps in a better understanding of the root cause of the problem by seeing the data. Let me give an interesting and simple example.

We at ITC were frequently missing on giving the Welcome Drinks to the guest. Welcome drink is ideally given when the guest is at the reception or lobby, waiting to be assigned his room. After discussion with the Department heads, we decided tat we will have a teller like apparatus used in banks. The moment a guest arrives, the frontline staff person will decide a room and press that room key on a panel. The butler in the F&B unit will be able to see this bleeping room and will immediately dispatch a drink in the reception area. In case there are more than one guest for the same room, F&B department gets to know about it through interpersonal communication from the front desk.

Another interesting application of lean was the case of speeding hotel cabs. Our drivers often used to drive at high speeds, unsafe and undesired by the guests. As a solution, we ‘levelled' the accelerators of all cars in such a way that they cannot be pressed beyond a pre-set level (read speed). In this case drivers were unable to drive above 70 Km per hour as the accelerator wont press down beyond that. This simple application of Poka Yoke worked well for us.

BSS - Which Six Sigma methodologies do you use most often?

At ITC, we most commonly use 5Why, Single Point Lessons (SPL) and Fishbone. We also have an internal method called Winnovation. It includes putting ownership tab on equipments. In another example, we used to play music in Hotel lobby. As a continuous improvement, we purchased all the music and channel listing software for TV sets in all rooms. As a result, guests could select a music of their choice by seeing the list (like Dish TV). Later, we started displaying our restaurant menu through this equipment. This internal advertising worked well in increasing restaurant revenue and customer empowerment. We have also used Lean management in increasing efficiency of our cars.

BSS - Did you pursue your green belt from BSS? How conducive was the experience?

Like I said earlier, my green belt with BSS was truly an enlightening experience. A trainer like Mr Vishwadeep Khatri would ascertain that you take the best and the longest learning possible. Some best aspects of the session were cases and examples used by him and the comfort level he established where each participant could get up and ask any question. He ensured that entire class was on the same level. Also, all the breaks were well utilised in meeting able professionals across various industries. The ambiance on all days was very conducive to opening of mind and learning. To tell you the truth, there is still some unexplainable bond and that is why till today I recommend BSS to every Six Sigma aspirant.

BSS - What sort of SS Projects have you working on in past? Kindly mention some.

One of the recent projects I did was called Banquets Revenue Maximisation (BRM). Since space is always there with Hotels, the crux lies in exploiting it as much as we can. Under this GB project of BRM, a matrix of activities was planned using our CRM systems. The data analysis showed the need for periodic client engagement. As a solution, all couples who were married in our banquet were sent an invitation for a discounted lunch a month later to build loyalty. Lapsed users (6 months or older) were sent periodic communiqués. If we were unable to give our banquets to a guest fue to availability reasons, we sent them an apology along with flowers and seek an opportunity to serve them in future. This way we started keeping our guests engaged even when there was no event. The result, quantified, was an increase of 8 to 10 lakh INR in 4 months of BRM.

Another project at ITC was Voice Reservation System: Every call is important from reservation point of view. The two problem we were facing were low scores on audits and less yield (conversion percentage of query calls on the dedicated reservation line). The analysis showed need for flexibility and empowerment. As a solution, we organised more flexibility and empowerment to reservation team and arranged Voice and Accent Training for them. To improve on auditing, we conducted internal audits by Revenue manager, Training manager and reservation manager.

BSS - Do you think anybody if willing, can learn Six Sigma? Or it is only meant for academically brilliant people?

A: (Loud and Pressing) Anyone ! It's purely a matter of will. All one needs is to structure basic things and at a later stage, develop a flair for data and statistics. But I would again like to mention that anyone desiring to grow in professional or business path can, and ‘must' learn Six Sigma methods.

BSS - Would you like to give any suggestions to us for improving our program?

The only possible feedback I could give is to include more examples from various industries like hospitality and other service industries during the discussion. The delivering of concepts, as it has been, must remain to the most simplified level.

BSS - Would you like to tell us about your future plans? How will your Six Sigma learning benefit you?

A: Seeing an upward trend in usage of Six Sigma, I will probably now move to a newer industry like Telecom or Airlines. The challenge of operational management in Retail Industry also interests me. Courtesy Six Sigma methods, I have the confidence to improve the quality and operations for any industry.

BSS - Would you like to give any message for readers.

Go ahead with perseverance. Stay committed. Another important point is patience. People often think Six Sigma is a magic wand which will do anything. Well, it is, provided you are ready to wait for it to work. You must expect results after at least 6 to 10 months of your training. Keep using the online resources (like this valuable forum) to stay abreast with affairs. Do it for inculcating excellence and learning instead of the ‘Six Sigma' tag, and like me, you will never have to look back. Best of luck.

There are no comments to display.