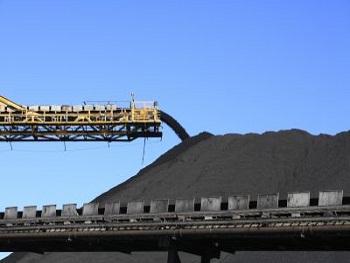 As per the industry classification benchmark, this industry sector includes the following subsectors –

Coal – Companies engaged in the exploration for or mining of coal.

Diamonds & Gemstones – Companies engaged in the exploration for and production of diamonds and other gemstones.

General Mining – Companies engaged in the exploration, extraction or refining of minerals not defined elsewhere within the Mining sector.

Gold Mining – Prospectors for and extractors or refiners of gold-bearing ores.

Platinum & Precious Metals – Companies engaged in the exploration for and production of platinum, silver and other precious metals not defined elsewhere

Gems is a vast industry and there is always an ever increasing demand worldwide for the best quality gems like diamonds, sapphires, topazes, ruby and emerald. All these are amongst the precious gemstones that are the cynosure in the eyes of potential buyers or customers. These gemstones are prized for their beauty and perfection and these are the attributes that are of primary value to their consumers. Lean Six Sigma finds applications in Gems industry by helping in improving these and other attributes that are of value to the customer. Some of the Six Sigma applications in this Industry are:

1. Optimizing the shape of the crystal (diamond) in order to make it reflect light with fire and sparkle.

In a leading calciner plant, it was found that pressurization of kiln resulted in shut down, six times in one year. This was an annualized loss of 10,000 USD. Through brainstorming, it was found that several factors could be the cause including the following –

Statistical analysis and FMEA resulted in the following critical factors.

Process changes were made at several places and trials were conducted to find robust solutions. Control plans were made to sustain the solutions. The project led to significant business benefits and just one closure in the next year of operations.

The case studies and the course delivery/presentation were really good. This course is worth for all types and levels of Professionals.
– Prashant D. Kulkarni, NDT Coordinator Level-III, ERSAI Caspian Contractor LLC

Knowledge level and method of teaching of the instructor were praiseworthy. Everything was kept brief, concise and practical.
– Hadi Alam, ESSAR.

The facilitator is extremely particular, pays attention to details and regularly tracks how the session is continuing.
– Kainaz Pardiwalla, ESSAR.

Well structured program, gave a good insight and help in developing the interest for the same to pursue it further. The mathematical part and logic behind all the discussions are other interesting parts of the program.
– Kanika Bansal, ESSAR.

The trainer has detailed knowledge and managed the sessions effectively.
– Reza Fakih, ESSAR.

I liked the course documentation and the way of presenting the six sigma concept by the instructor. Good course content and a good course material and a practical way of explaining the things from the business angle.
– Paranjay Yogesh Rindani, ESSAR.

My perception was that there is stark difference between classroom and real world, but this training changed my perception.
– Rahul Munjal, ESSAR.

The course material was lucid and the instructor’s acceptance of pupils with varying levels of understanding was refreshing.
– Animesh Dhar, ESSAR.