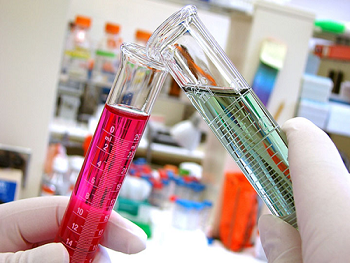 As per the industry classification benchmark, this industry sector includes the following subsectors –

Commodity Chemicals – Producers and distributors of simple chemical products that are primarily used to formulate more complex chemicals or products, including plastics and rubber in their raw form, fibreglass and synthetic fibers.

Specialty Chemicals – Producers and distributors of finished chemicals for industries or end users, including dyes, cellular polymers, coatings, special plastics and other chemicals for specialized applications. Includes makers of colorings, flavors and fragrances, fertilizers, pesticides, chemicals used to make drugs, paint in its pigment form and glass in its unfinished form.

Applications in fertilizer industry – Not many people are aware that the one of the most potent Six Sigma techniques named as Design of Experiments (covered in detail in our Black Belt training program) was first used in agriculture.

In the 1920s, Fisher created the statistical approach to Design of Experiments (DOE), and the data analysis tool – Analysis of Variance (ANOVA), while working at Great Britain’s Rothamsted Agricultural Experimental Station.

Design of Experiments was first used in a major way outside agriculture in the late 1940s and early 1950s. Today the statistical approach to design of experiments is used in many areas like manufacturing and R&D, sales and marketing, and service.

One of the fundamental concepts in Six Sigma is – One should identify the critical controllable input factors and then find the best combination of those for desirable output. In agriculture, the quality and volumes of crop can be influenced by the use of best combination of factors such as crop rotation pattern, spacing between seeds, fertiliser selection etc.

Last few decades have witnessed a phenomenal increase in the fertilizer consumption in many countries. As a result farmers and governments have stepped up efforts to expand farm production to feed the growing populations and increase agricultural exports. The major aim of these countries is to expand the agricultural output at a rapid pace as well as to improve the overall quality of the produce. Six Sigma has a number of applications in Fertilizers Industry which is an industry growing at a rapid pace across the world. IMC Global, one of the Leading Fertilizer companies across the world has adopted Six Sigma and is using it extensively to deliver high quality of products & services to its customers. Six Sigma is used across the organization to improve and streamline procedures with an objective to yield high quality produce. The company believes in “feed the land that feeds the world”.

Six Sigma tools like ANOVA and DoE have huge applicability in Fertilizer Industry. Using these tools, the impact of type and quantity of fertilizer variants on Crop Yield can be studied. In India it will be critical to increase the produce/unit of land since the demand for food is going up considerably. Moreover, the quality of produce is also increasingly becoming a central theme with more and more people getting health conscious. This is the right time to utilize the benefits of Six Sigma in the Fertilizer Industry.

In a leading paint manufacturing company, it was found that time spent in testing of raw materials (resins and emulsions) was a bottleneck. Reduction in raw material testing time could improve the productivity of the process.

A Six Sigma project was taken up to improve the process. After elimination of few non value adding activities, it was found that further reduction is feasible by focusing on the variability in testing process. It was found that there was scope for standardization in this process.

Implementation of standardization across certain raw materials was not considered feasible. For the tests where high level of standardization was visualized, expert involvement was considered via FMEA’s to ensure that the tests shall yield correct results. This project on reducing testing time of resins and emulsions was verified by Benchmark Six Sigma project review team.

The contents covered in the training looked to be of utmost importance in practical life.
-Rajesh Verma, Manager(Acct.), Dhanuka Agritech

The course has provided a wonderful insight to Six Sigma in a very short period with focus on concept clarity and practical application. VK was very methodical in his approach and his experience made a big difference in terms of delivering precise content.
-Arun Maruthi Selvan R, Civil Engineer, Dow Chemical International