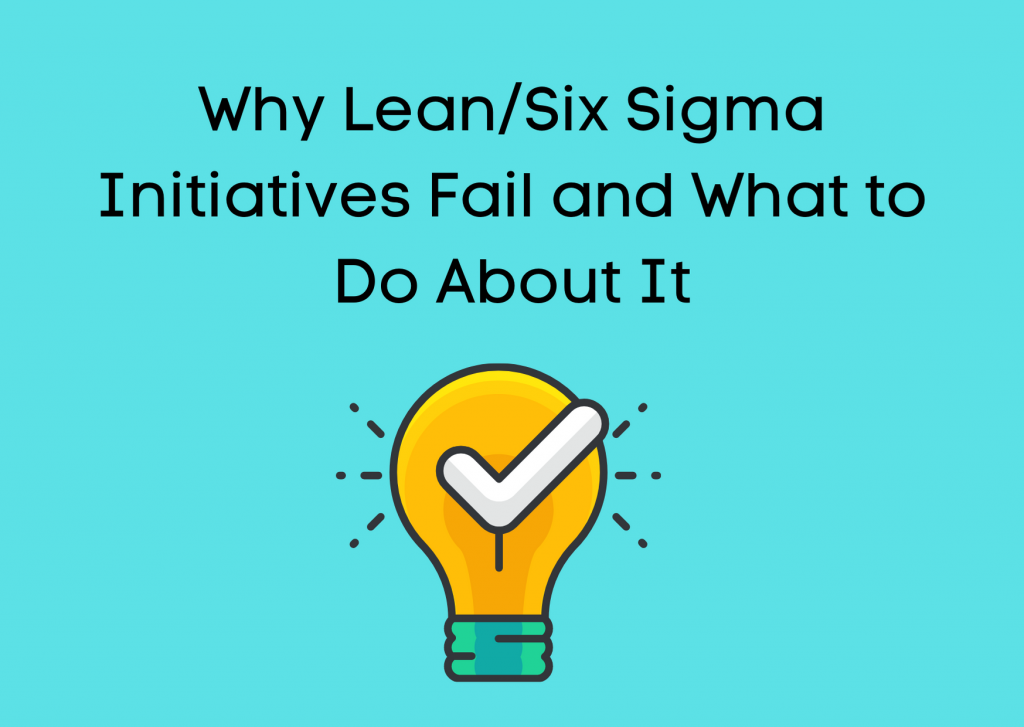 For what reason do Lean/Six Sigma activities so regularly vacillate in the last stages? It generally boils down to capital, or the deficiency in that department, both financial and human.

We should discuss the basic act of nearly spending enough. Consider the last time you purchased a TV, for instance, accepting you’ve updated at some point since the Eisenhower years. In the event that, in the same way as other of us, you figured you may have enjoyed a 55″ screen somewhat better compared to a 50″ (or, God disallow, a 42″) yet felt free to save a couple of bucks by returning home with a more modest screened model, you’ve likely wished you had felt free to stout for the overhaul, at any rate now that star football’s back on and b-ball’s on its way.

On the off chance that that is you (and it’s surely been me on a couple of events) you nearly spent enough. So what definitely occurs after that?

That TV would have been too enormous for the room. I ought to accomplish something different at any rate. Who needs to see Here Comes Honey Boo far better?

Etc. However, eventually, you didn’t actually get what you needed, despite the fact that you paid the greater part of what it would have cost. So you’re left with a terrible decision: Live with it or return out and get what you needed in any case, at more prominent cost (expecting your TV shop’s return period is up) and bother.

The equals to an underfunded Lean/Six Sigma project are self-evident, in any event from a financial perspective. As usual, you get what you pay for.

What might be said about nearly doing what’s necessary to make a Lean/Six Sigma activity stick?

Here, we’re discussing inactivity and gravity. Not the Newtonian kind. The humanity. What it comes down to is that old propensities stalwart. They’re difficult to change (latency), and it’s difficult to keep up change against the draw of the “manner in which we’ve generally gotten things done” (gravity).

At the point when change isn’t built up reliably, for a suitable length, which is comparable to not spending enough in the money related domain, that incredible enormous gravity well of old propensities hauls your association back into its old circle, giving you the outcomes you used to get, rather than the outcomes you need now.

So how would you keep away from the purchaser’s regret of nearly spending enough on the support of your Lean/Six Sigma activity? Here are a couple of tips:

Zero in on support commitment and training.

Build up an interchanges system that makes an immediate association from singular conduct to hierarchical objectives.

Build up a criticism interaction on the effect and response to your correspondences.