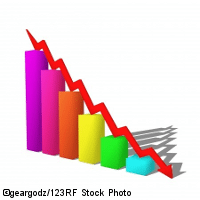 ABC is an online retailer with a strong market research unit and a flawless feedback loop for improving customer experience. In recent years; however, its sales haves plummeted considerably which has affected its overall market share.

An independent Lean Six Sigma consultant, John Smith, was invited for guidance to improving the plummeting sales of the company. He observed that each team reported their productivity, capacity, and output individually. Smith pointed out that when this happens, the teams lose out on an opportunity to evaluate each other’s data. If coordination is missing among teams, there would be rework, overproduction or other wasted work which would contribute to a dip in the percentage of customer feedback items being comprehended into features. Each team has a different cost of operation and, therefore, there would a different attached cost of failure or rework. This cost of failure was reduced by creating cross-functional teams with representatives from each of the departments.

Smith was of the opinion that the productivity of the teams should be measured equally based on output and outcome. After a series of analysis, he explained that the sales of ABC are low because the only 35 percent of the feedback captured by market research translates into some tangible action. By the time an action is taken he feedback becomes obsolete.

Implementing an agile approach, which is more flexible as compared to the existing waterfall approach, helped to eliminate waste, improved the quality and productivity of each of those steps and teams. The implementation of Lean helped in reducing non-value-added steps in a process by eliminating rework, handoffs, motion, etc. Lean Six Sigma helps reduce the work to enhance the quality of the value-added steps, which adds to reliability at the enterprise level.

Lean Six Sigma provided an organized approach to eliminate waste, reduce the cost of failure, and improve the output and speed to market of the overall processes for ABC, which resulted resulting in higher end-customer satisfaction.