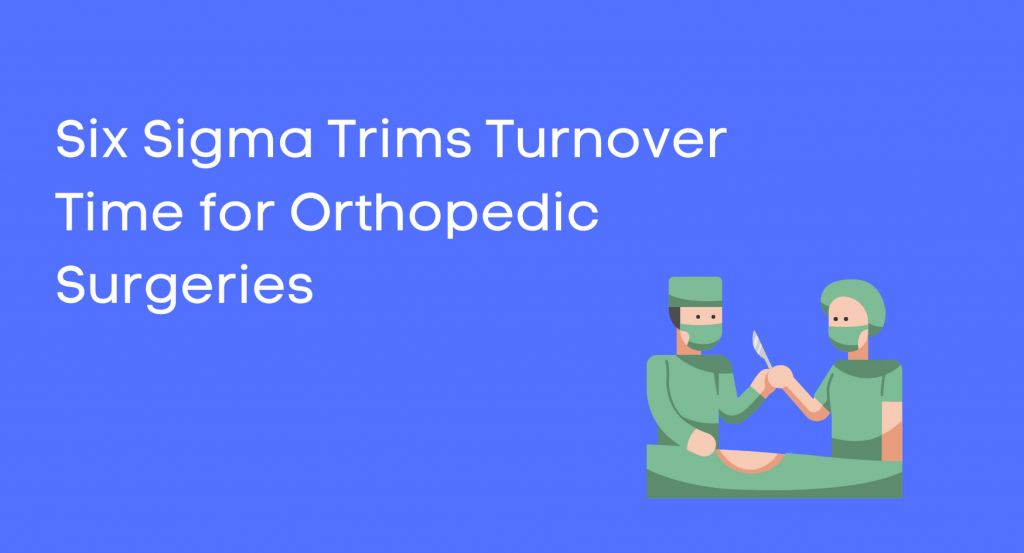 A cross functional team was involved in decreasing the turnover times for the operating rooms(OR) in orthopedic and neurosurgical spine cases at Memorial Hermann Southwest Hospital in Houston, Texas. The main goal of the Six Sigma project was to improve staff satisfaction and reduce the process variability.

The average turnover for the OR was set at 25 minutes, anything lesser than which was to be taken as a defect. However, a faulty recording time was creating defective data, and when that was corrected, 40% defect was found in the existing system.

The major issues were identified using a Fishbone Diagram. Improper availability of attendants to set up the equipment, and scheduling of the same equipment for different processes were causing the defects in the turnover time. Absence of a Conflict Management System and improper reviews of the requirements were also detected by the Six Sigma team.

DMAIC implemented a flagging system to schedule and channelize the equipment. A review sheet was prepared, updated, and monitored to maintain a consistent data, and assist in the management of the resources.

The new measurements revealed a 39% improvement after the implementation of the Six Sigma techniques. Also, the process improved, by adding in specialized staff who knew the requirements of the physicians and could work closely with them, as a part of the team. This not only increased accessibility but also the accountability. The turnover time of the OR was now 20-21 minutes as compared to the average baseline which was set at 24 minutes. Staff satisfaction increased tremendously, and now, data was studied in terms of defects and variations rather than averages.