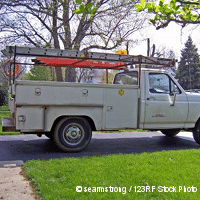 In the cable industry, measure of defects or faults is decided by visit of the technician to a customer’s home. The most problematic situation for all cable companies is when the problem of the customer cannot be resolved over the phone and a technician visit has to be arranged after a recent new installation.Cable Company X wanted to track the installation variables which were the most predictive of a truck roll within seven days of a new installation. For this purpose, they did a lean six sigma case study. The four parameters on which Company X tracks for each installation are downstream power, downstream signal-to-noise ratio (SNR), upstream power and upstream SNR.

The lean six sigma case study tells that the company made use of binary logistic regression to determine if there was a statistically noteworthy correlation among the four parameters and the probability of a fault occurring within a week of a new installation.

The logistic regression clearly depicted that only the downstream and upstream SNRs are statistically important. Logistic regression also revealed that the higher the values of SNRs are, the better; however, the ways to increase these values in the field have a cost attached to them. As per the model in question, raising the SNR by only 10 percent for both downstream and upstream can lessen the truck roll probability to 1.08 percent in a period of seven days.

The lean six sigma case study of Company X shows that from its six major markets, the two smallest markets were chosen for this implementation. The mid-range markets aim to do a gradual update to their grids to increase the value of SNR, at which time annualized savings will shoot up considerably.