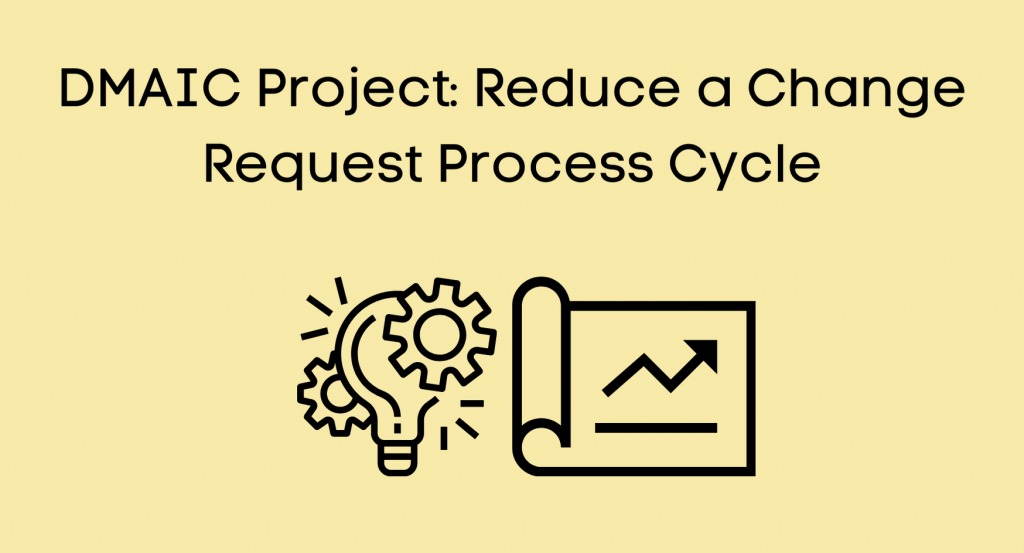 Since very few employees were trained in Lean Six Sigma, the Black Belt first provided training and conducted workshops on LSS tools and methodology to be used in the project. During the first week of the workshop, voice of the customer (VOC) was gathered through a survey. The Black Belt also met with the important customers of the DMAIC project and it became clear that the critical-to-quality (CTQ) should be a 10-day cycle time from the day a change was requested to the day the change was brought in effect for use.

In the Define phase, the project charter was completed with definite roles and responsibilities, a stakeholder analysis, an SIPOC, and a benefits graph. The Black Belt involved the sponsor and others in the process and the sponsor helped in getting rid of road blocks, supplying resources and motivation. The expectations from the participants were clearly defined before, during and after the workshops. The intervals between the workshops gave time to participants to assemble all the necessary information, coordinate with others in the group and update the Black Belt with information.

The scope of the DMAIC project included the change-request process, which was from the time a change was requested to its actual implementation. Data gathered during the Measure phase explained that the average lead time for the requested change was around 20 days, in some cases it goes even upto 45 days.The Pareto analysis identified four keys factors for the increased cycle time. The root cause analysis and areas of waste corresponding to the keys issues were also determined. During the Improve phase, the solutions to reduce this waste were devised.

In the next step, a new to be process was developed which focused on the root causes defined in the Analyze phase.

This resulted in the reduction of handoffs and approvals. The SMEs gained the ownership of the process by developing the solutions themselves.