An elegant solution is only the beginning-Lean Six Sigma 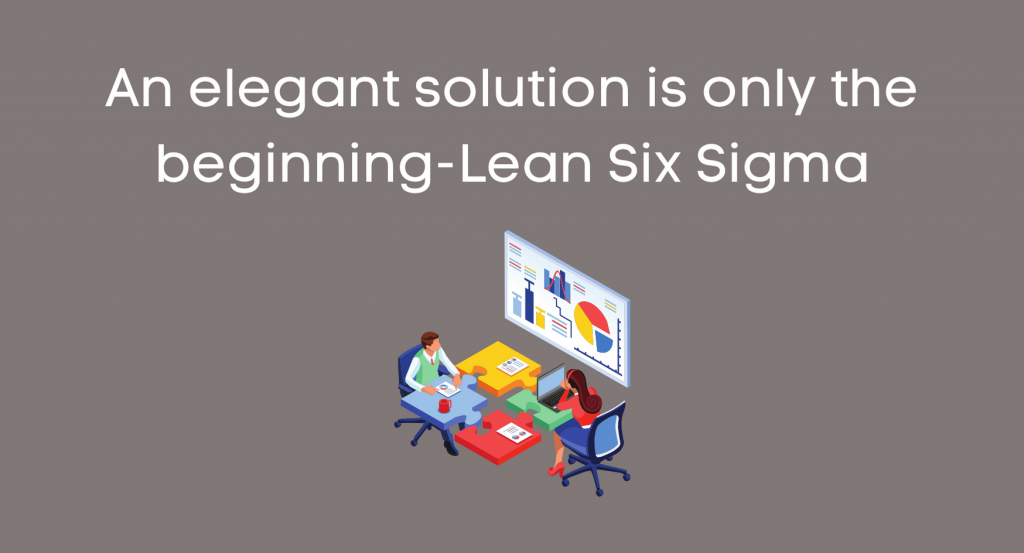 System improvement is a two-fold project-based approach that entails both problem solving and solution implementation. Technical as well as people-centered competencies are needed to support these activities. Such practises, on the other hand, typically use matter-of-fact and quantitative strategies for transitioning from a stressful situation to a relaxed and efficient one. Lean Six Sigma is one of the methods used for this purpose.

Feelings are involved when improvements are made to a job environment for the sake of progress or problem solving, and the problems faced are both technological and emotional. Even if the current mechanism is flawed and inefficient, stakeholders find a way to make it function.

The routines that have been developed have created a sense of comfort and stability. Since the majority of the workforce has learned to operate under established conditions, when they are threatened with disruption, they will react with fear and defensive actions. When it comes to implementing enhancements or making adjustments, the main problem isn’t the technological aspects of the changes, but the human relations problems that arise.

During the problem-solving phase, reform managers and problem-solvers are often perplexed by the reluctance of co-workers and stakeholders. Workers rarely resist technological change, but social change – such changes that have the potential to influence social structure and well-being – is often contested.

People are resistant to change because of the pain and risks that it brings. The majority of the time, good ideas that are intended to be introduced are actually put into effect. Human effects are rarely considered when problem-solving strategies are used. Technical competency and human relations skills are two sides of the same coin. Both are needed to anchor change and maintain improvement.

The activities listed below will assist in anchoring and sustaining a project-based programme: