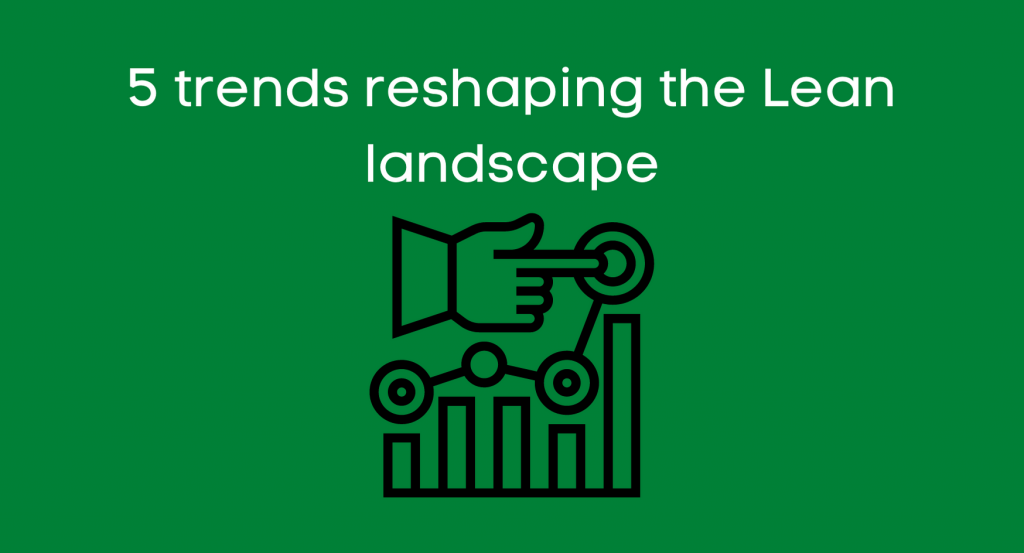 On one hand, some companies believe they have adopted Lean and are searching for the “next big thing.” Other sectors, such as healthcare, are, on the other hand, discovering the joys of lean experimentation and reaping the benefits of improved performance for the first time. The first dimension should be approached with caution. Also, companies that have been attempting to increase their efficiency for several years using lean principles and strategies are just halfway there.

Lean has several facets and layers, many of which companies have yet to investigate or implement properly. Instead of searching for the next new management method, organisations in these situations can evaluate their implementation status and see where aspects of the current lean system can be strengthened. There is also a plethora of prospects that have yet to materialise. In today’s business environment, the 5 key trends that have been observed are: