3 Steps to turn negative feedback around 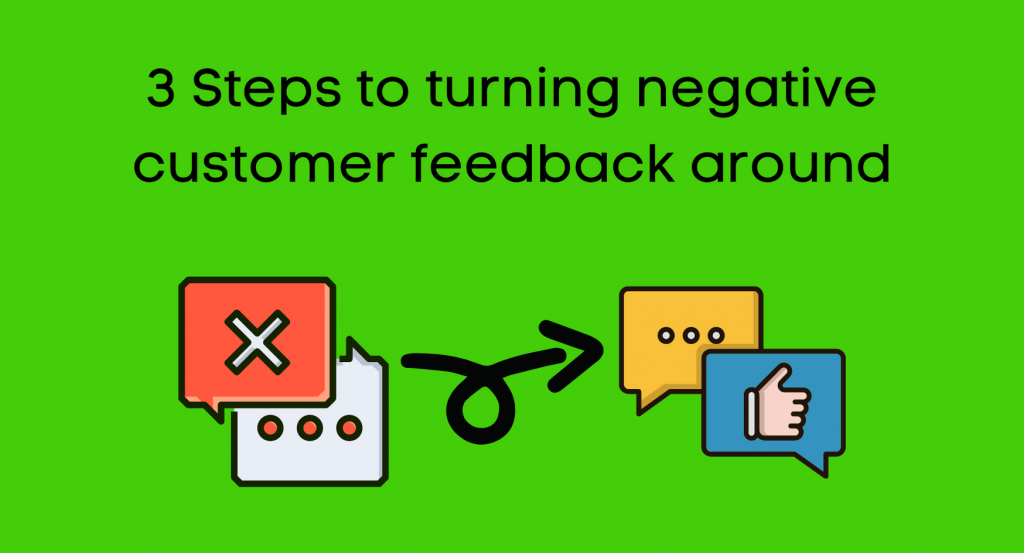 It’s impossible to avoid it. The company can receive complaints, bad customer reviews, and/or unfavorable feedback at some stage or in waves. This is something that both small companies and large corporations contend with. Consumers are more outspoken than ever about a bad experience with a company or product, thanks to the internet’s effect on confidentiality and contact spread. Negative feedback, when provided in a reasonable and honest manner, will help a company deal with legitimate issues in a way that benefits the company both now and in the future.

Regardless of where the negative feedback is originating from, keep track of who is expressing it, how they are communicating, and what their main concern is. Ensure that someone is keeping track of the company’s mentions on Twitter, Facebook, blogs, and other social media platforms. Negative customer reviews can be left on a variety of websites other than email and phone calls. Keep track of both online as well as in-house interactions.

Evaluate why the consumer had a bad experience and what should have been done to prevent it. Maybe it was the fault of the company, or it’s just something the consumer did incorrectly. Whatever the situation, maintain your composure and prepare a well-decided response. To avoid this, analyse the issue and come up with a simple solution before contacting the client.

There must be an issue that the company never found or didn’t want to find which has now been brought to light. When grievances are legitimate, they must be addressed. According to a 2011 RightNow survey, 46 percent of consumers were satisfied with the response to their complaint, and 22 percent actually posted a favourable message about the business or company.

It’s far easier to hold an existing consumer than it is to find a new one. This mantra is understood by many sales teams, as well as call centre and customer service members. Customer issues should be addressed as a priority for the company, regardless of where they originate. Negative feedback from consumers can also be used to determine where a company can change and succeed.