By Vishwadeep Khatri,
December 7, 2017 in Debate : For or Against

Top Posters In This Topic 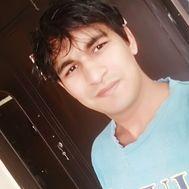 I agree with Ms.  Reena And Ms.  Kavitha but I would like to add some points to explain more for Mr Venugopal as I am not agree with you because here we are not talking about zero defect in general. W

There are many situations where we really require zero defect. like already pointed out "Surgical set up" , or a "plane landing". The question here is not about zero defect required or not.. It is abo

Against:-   Zero defect is a Nirvana stage. When there is no waste, no unwanted activities in process of making a product. No matter how much money you invest, there will always be